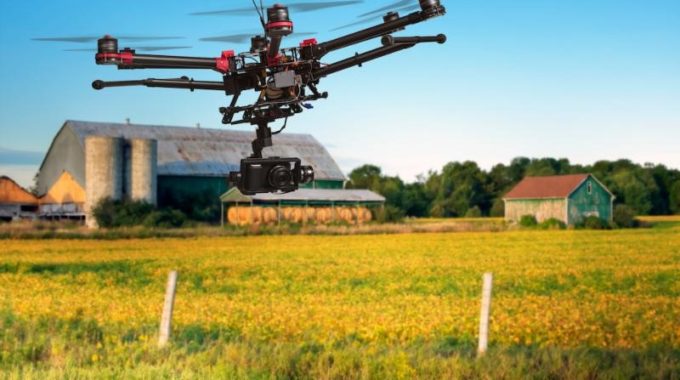 In addition to flying the drone to accomplish a specific task commissioned by a client, drone pilots also must follow specific FAA rules including avoiding restricted air spaces, adhering to flying altitude restrictions, and more.

With all this going on, drone flight planner tools and drone control tools have come on line to simplify the process – and allow drone pilots to accomplish the objectives set forth by their clients.

When planning for commercial applications using drones, money is on the line. The more carefully the flight path is planned, the more successful and cost-effective the venture.

When commercial drone pilots use MapSavvy aerial imagery to plan their drone flight, they can carefully plot the drone’s flight path and number of passes needed to capture the visual data.

“MapSavvy is being used by many drone operators because it’s one of the most affordable sources of aerial imagery on the market today,” said Steve Milroy, OnTerra Systems president. “For just $500 a year, drone pilots can process 20,000 transactions or requests for aerial imagery. This is half the price of most other aerial imagery sources. Drone pilots use this aerial imagery to plot the flight path of their commercial jobs that require they fly a drone.”

The bottom line is that many assignments a drone pilot faces are too complex to fly manually, (by eye & hand alone). That’s when drone flight planner tools like MapSavvy, plus automated drone flight control software come into play.

Drone pilots can use MapSavvy to pull & review aerial imagery of the area over which the drone will fly. Once they see the contours of the land and specific aspects they need to photograph or film using MapSavvy, they can determine the most strategic flight path for the assignment.

Then drone pilots can set a flight path that can be automatically controlled by drone flight control software.

Another reason why MapSavvy is an effective drone flight planner tool is that it offers various “vintages” of images. These various vintages of aerial imagery taken from years past can be compared with current imagery captured by drone operators. These Before-After comparisons of the same area can provide critically important information for planning in the aftermath of natural disasters, assessing storm damage, assessing changes in farmlands, and more.

One of the most important aspects of successful commercial drone assignments is to develop a flight path that achieves the client’s goal for data/image capture. MapSavvy serves as a powerful drone flight planner tool because it facilitates successful commercial drone assignments, and at a price that’s half of what other aerial imagery providers are charging.

Want to learn more about MapSavvy. Take MapSavvy for a test drive today!