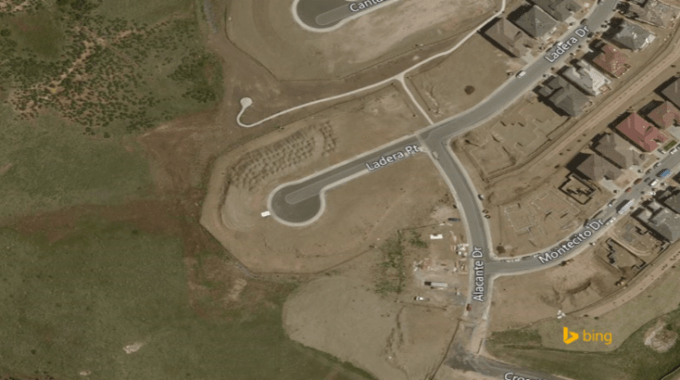 Thanks to Microsoft’s significant investments in Bing Maps imagery, the Bing Maps platform has become a powerful & comprehensive mapping platform. That’s why OnTerra Systems chose to base its MapSavvy web map service on Bing Maps.

Last month, we announced the Bing Maps has just introduced updated imagery for 42 U.S. cities, and that Microsoft’s Bing Maps team is rolling out another 166,000 square kilometers of refreshed, high-resolution imagery by the end of summer 2019.

With all these images refreshes coming on line for Bing Maps, which can be obtained through MapSavvy, we thought it would be interesting to explain how aerial imagery is captured and the evolution of this web mapping platform.

As web maps and aerial imaging originally came online, it was often a grouping of satellite & aerial imagery patched together – with wide variances in the vintage, quality, clarity & detail of the imagery.

In 2010, Microsoft launched its “Global Ortho” program, with the goal of providing 30cm Bing Maps imagery worldwide. Since then, the Microsoft Bing Maps team has been working to capture & publish updated imagery with consistent clarity & coverage, with a new round of Bing Maps imagery updates occurring now and into 2020.

Ortho Imagery – Ortho imagery are photos of a geographic area that are geometrically corrected so they become usable as a map. Ortho imagery is most commonly used in geographic information systems to create maps.

Hybrid Imagery – Ortho imagery plus road data. This is created in a process that combines the base Ortho Imagery.

How Aerial Imagery Is Captured

Technology is changing at the speed of light, especially in the area of aerial imagery capture. Historically, most web mapping imagery was from satellites. More recently aerial images are mostly from fixed-wing aircraft (planes) with cameras attached to the bottom of the plane. More recently helicopters and drones are being used to help with capture.

How MapSavvy Ties To Bing Maps

MapSavvy is OnTerra System’s web mapping service, and it’s based on Bing Maps imagery. As a result, MapSavvy offers a variety of “vintages” of aerial imagery, which is helpful in showing “Before-After” comparisons of changes to a specific geographic area.

MapSavvy also is the most affordable web map service on the market today, with a subscription starting point of just $500 per year. OnTerra Systems is a long-time Microsoft partner with its own Bing Maps license. OnTerra Systems offers these low starting price points by buying access to Bing Maps imagery using its partner license, and then OnTerra parses the transactions into smaller bundles. This approach is helpful for small to mid-sized businesses, cost-conscious government agencies & cash-strapped research teams that need access to aerial imagery to do their jobs.

If you need access to new Bing Maps imagery at an affordable price, give MapSavvy from USA-based OnTerra Systems a try. We offer a Free, 14-day Trial or Contact Us for more information.